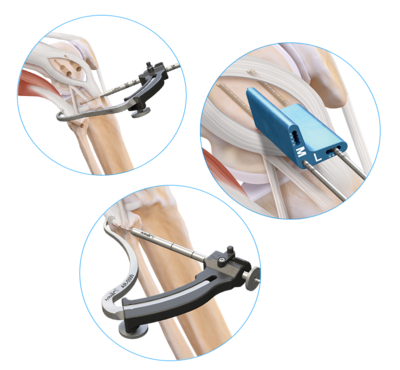 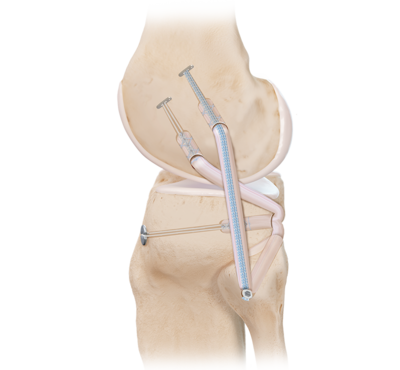 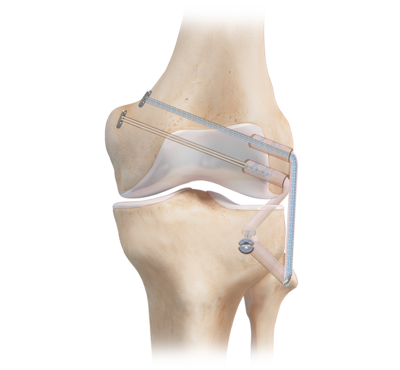 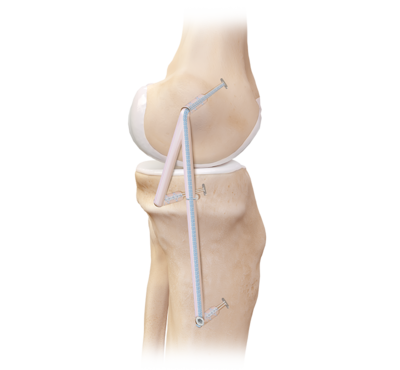 Once the minimally invasive or open incision is made and proper soft tissue windows are established, the Fibular, Tibial, and/or Femoral Collateral Marking Hooks are used for anatomic precision and osseous measurements when drilling the appropriate reconstruction tunnels. Using the Femoral Collateral Marking Hook in conjunction with the Parallel Drill Guide will increase the efficiency of anatomic femoral drilling by significantly reducing convergent tunnels and allowing for accurate guide pin placement at multiple incremental distances. During tunnel creation the spooned ends of the Collateral Ligament Retractor are used to protect the neurovascular structures and the Collateral ligament rasp is used to chamfer the aperture of the completed reconstruction tunnels. The prepared grafts are then passed with the use of FiberWire or FiberSticks and tensioned into the desire position prior to graft fixation.

You have 0 items in your cart.

Use the checkboxes below to add items.

How to request a quote or surgical evaluation

To request a price quote and/or surgical evaluation of products, please add all products of interest to your cart by selecting the respective product checkboxes in the "Quote" (1) and/or "Surgical Evaluation" (2) column of the "Products View" (3). When you are ready to submit your request, simply click the "View Cart" button (5) or alternatively the "Cart Overview" button (4). After reviewing the cart details, click the "Submit Request" button to finalize and submit your request. 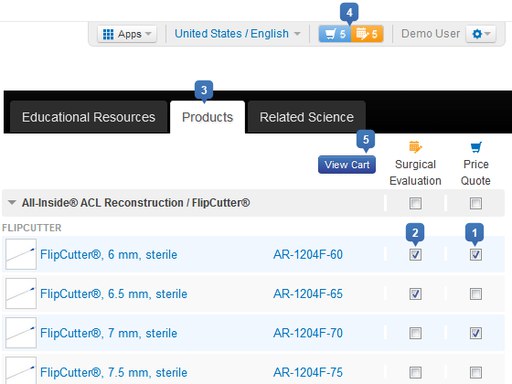 There was an error retrieving the content. Please try again, or try refreshing the page.
Close